From June 15th-18th, a European business delegation travelling under the COSME - funded Natureef Strategic Cluster Partnership program visited Beijing; Shijjiazhuang, Hebei and Huai’an, Jiangsu, three bustling metropolises in China. The European delegation was comprised of a mix of companies from agriculture and clean energy related sectors, as well as managers from the Spanish (FEMAC), Danish (Agro Business Park), and Bulgarian (Green Synergy) Natureef cluster nodes. In addition to being funded through COSME, the delegation was supported by the Innovation Express and the Enterprise Europe Network, which are both supported by the European Commission’s COSME. On the Chinese side, the mission was supported by the Beijing Municipal Science and Technology Commission, Government of Hebei Province Ministry of Science and Technology, and Government of Huai’an Municipality. Within the context of a rebounding global economy and a shared commitment to push science to catalyze sustainable growth, the Natureef Strategic Cluster Partnership global network is focused on accelerating innovative solutions to the key questions of how to produce more efficiently, with less waste, how to consume more practically, more sustainably, and how to align natural, technical, and human resources to achieve optimal outcomes. 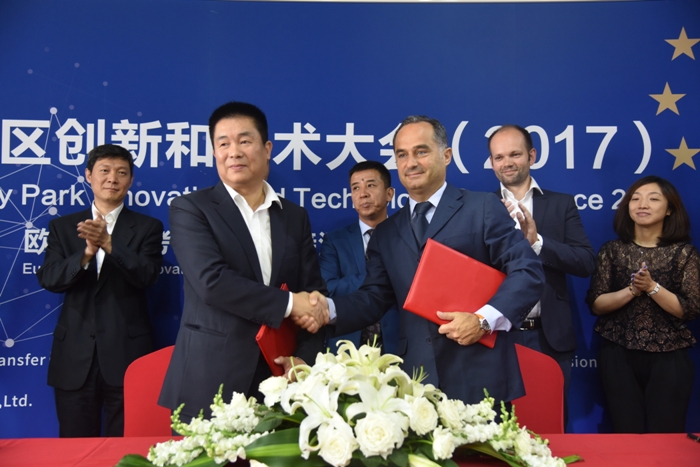 Through this initiative, we aim to design mechanisms on cross-sectoral, globalized, cluster and business cooperation within the fields of agriculture and natural resource use, efficiency, and protection. Also, in line with the Chinese government’s One Belt One Road initiative, the Natureef project will connect China and Europe in the areas of technology exchange, business opportunities, market access, and policy development. For the European side, Natureef will facilitate China market access and the internationalization of SMEs through mentoring and dissemination of their innovative technologies. For the Chinese side, Natureef will provide opportunities for Chinese industry, research and policy to work with Europe to develop new and efficient ways to use and protect China’s increasingly depleting natural resources. The project will develop and strengthen the cooperation among the clusters and SME members as a result of the development of a sister cluster in China, on-going B2B meetings, technology exchange, commercialization, and in-depth research collaboration on joint projects. 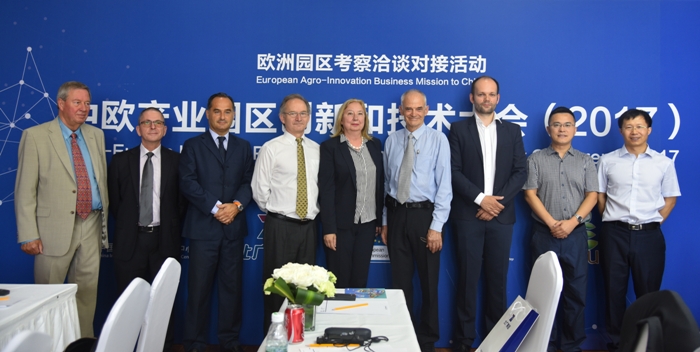 First, in Beijing, the delegation attended a business to business brokerage event, which was presided over by Mr. Ping ZHANG, Director of the Rural Affairs Department of the Beijing Municipal Science and Technology Commission; Mr. Ping HUANG, Director of the China International Technology Transfer Center; and, Mr. Bojan PAVLEK, First Secretary of Trade at the European Union Delegation to China and Representative of DG Grow. In addition to presentations from the cluster and company representatives and the business to business brokerage, four Memoranda of Understanding were signed. These included agreements between the China International Technology Transfer Center and Natureef; between Natureef and two strategic alliances, the first one related to ICT and informatization, and the second related to seeds and horticulture; and the final MOU between Agrobusiness Park and Shenzhou Agricultural Science and Technology Co. Next, the delegation travelled to Hebei Province, which surrounds Beijing and makes up part of the Jing-Jin-Ji region, an economic corridor of 100 million people with a combined economic output of 5 trillion yuan. The meeting was sponsored by the Provincial Ministry of Science and Technology and brought together technicians and engineers to participate in specific business to business discussions related to waste to energy, manure to fertilizer, and biogas production. Attendees included Hebei Agricultural University, Hebei Jing Anrui Environmental Technology Co., Ltd. Several meetings ensued between Hebei based companies and the delegates. Hebei has absorbed much of the industrial capacity that moved out of Beijing in recent years, and many companies now have large operations based in the province. These companies are seeking to upgrade their processes especially in light of he environmental impact that the recent industrial influx has caused, making Hebei an ideal partner for the Natureef companies. Finally, the delegation travelled south to Jiangsu, a historically significance province situated just north of Shanghai, and home to several emerging second and third tier cities, including the former capital Nanjing, and the rapidly modernizing Suzhou. The delegation travelled to Huai’an, a developing city and now the southern China node of the China International Technology Transfer Center, which was inaugurated during the visit. The Opening Ceremony was presided over by Mr. ZHOU Yi, Vice Mayor of Huai’an, Mr. Nicolas DANDOIS, Counsellor for Agriculture at the European Union Delegation to China and Mongolia, and Mr. HUANG Ping, Director of the China International Technology Transfer Center. Over 100 participants attended, including the Nanjing Agricultural UniversityHuai'an Research Institute, Huai'an District Government, Xuyi County Science and Technology Bureau, Huai'an City Science and Technology Bureau, and Huai'an Economic and Technological Development Zone’s Science and Education Industry Development Office.

A number of business to business meetings also took place, with in-depth discussions between the Natureef, FEMAC, and Agro Business Park Clusters meeting with Crayfish producers in a neighboring country, as well as with the Chinese Academy of Sciences regarding the production and export of attapulgite, a special clay material abundant in the area. Several companies on the Chinese side have evolved rapidly, with sophisticated production capacity and output, however many are still reliant on simple technologies and inefficient processes.

Discussions were complex, between matching the requirements of advanced research capacity, and how to integrate European technologies to more primitive techniques. Next steps are currently being planned, focusing on joint projects under the auspices of the Natureef China node planned for the Huai’an area. Three MoUs were signed, including partnerships between Natureef, Huai’an Municipality and the China International Technology Transfer Center to build Natureef China, as well as two between two businesses and the Natureef and Agro Business Park Clusters. 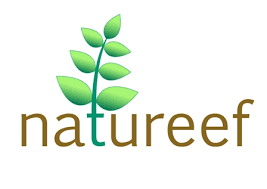