Submitted by Alina Danieles… on 22 November 2018

From October 30 to November 2, a Saxon / German delegation traveled to China. To further intensify their mutual economic relationship, the group of companies, research institutes, public institutions, politicians and the Silicon Saxony high-tech network participated in the 2018 Sino-German SME Cooperation and Communication Conference (German-Chinese Communication and Cooperation Conference for Small and Medium Enterprises) in Jinan. Under the motto "Gather Intelligence for Innovation, Energize Industries for Future", the conference provided experts from science, industry and politics with a platform for the exchange of ideas and ideas as well as the presentation of the latest scientific and technological advances. Led by the German politicians Martin Schulz and Rudolf Scharping, not only were important economic and political contacts established there, but also numerous doors opened in one of China's largest industrial regions - the Jinan high-tech zone. In China, too, the current technological topics are clearly set. With Industry 4.0, Artificial Intelligence and Big Data, Silicon Saxony and its representatives from the network and research found perfect starting points for making valuable contacts in the province of Shangdong and the high-tech zone Jinan located here. "China is the largest export partner in Saxony and naturally also plays an important role for our members: By participating in the 2018 Sino-German Cooperation & Communication Conference, we would like to strengthen our competences in order to be better able to support appropriate business relationships in the future," explained Frank Bösenberg, Managing Director Silicon Saxony Management GmbH. But even away from the host country, the traveling Silicon Saxony representatives were able to gather valuable international contacts. Finally, around 2,000 participants attended the conference, including high-level representatives from Finland, Switzerland, Austria, Holland, Israel and many other nations. 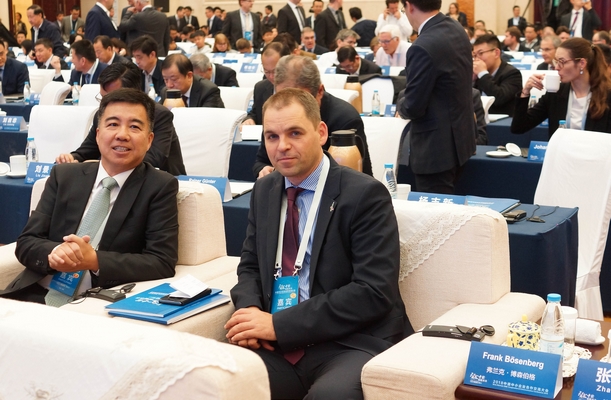 Already the opening day (31 October) had it in itself accordingly. A large VIP reception with numerous political decision-makers from China, Europe and the world, including Martin Schulz and former Defense Minister Rudolf Scharping (both SPD), offered the present business, research and cluster representatives a perfect forum to network in a high-ranking manner. As a result, the number of strokes remained high. In addition to speeches and keynote speeches by important representatives from politics and business, forums included forums on current trends - including AI, Big Data, Human Resources and Intelligent Manufacturing. Matchmaking and informative introductory pitches provided opportunities to make new contacts and promote international exchange. Silicon Saxony was also introduced to the interested public by Frank Bösenberg.  The presentation of the Saxon microelectronics and ICT cluster met with great interest, especially on the Chinese side. Accordingly, it was subsequently agreed to want to work even closer together in the future. Dresden and the Jinan high-tech zone have been driving cooperation between the microelectronics clusters of both cities in recent years. In 2013, for example, a business platform to support high-tech companies was initiated. Building on existing relationships, the Jinan-Dresden contact office opened at Technopark Nord. It advises both Chinese and German companies in shaping their foreign engagement. As Germany's most important trading partner, China will remain highly interesting for business and science in the coming years. It is no coincidence that numerous German companies such as Bosch or Siemens and even universities such as the TU Dresden or the TU Chemnitz already refer to branch offices in Jinan. Silicon Saxony, which became clear in the course of the conference, will therefore be looking for even more intensive exchange with China in the future. About the Silicon Saxony e. V.  Silicon Saxony e.V. is one of the largest industrial associations for micro- and nanoelectronics, software, smart systems and applications in Europe. The association was founded in December 2000 as a network of the semiconductor, electronics and microsystems industry. It connects manufacturers, suppliers, service providers, universities, research institutes and public institutions in Saxony as a business location. Its roughly 340 member companies, which generate sales of more than € 4.5 billion a year, currently employ around 20,000 people. 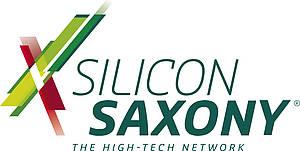