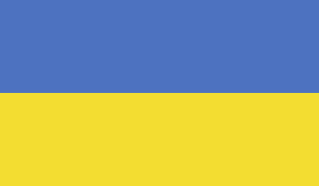 Clusters are on the Ukrainian policy agenda since 2008, and the support of clusters was included for example in the Action Plan of the Cabinet of Ministries of Ukraine in 2015. A number of measures aimed at creating an effective ecosystem of technological parks, scientific and industrial clusters are embedded in the work of the Ministry of Economic Development and Trade of Ukraine.

The Ukrainian Clusters Portal connects members of Ukrainian regional clusters – entrepreneurs, academic community, local government officials. Clusters are there considered as “communities of entrepreneurs who work closely with local authorities and universities in order to become more competitive and improve the economy of their regions.”

The economy of Ukraine is an emerging free market. Like other post-Soviet states, its gross domestic product fell sharply for 10 years following the collapse the Soviet Union in 1991. However, it grew rapidly from 2000 until 2008 when the Great Recession began worldwide and reached Ukraine as the 2008-2009 Ukrainian financial crisis. The economy recovered in 2010, but since 2013 the Ukrainian economy has been suffering from a severe downturn.

The EU and Ukraine have provisionally applied their Deep and Comprehensive Free Trade Agreement (DCFTA) since 1 January 2016. This agreement means both sides will mutually open their markets for goods and services based on predictable and enforceable trade rules.

The EU is Ukraine's largest trading partner, accounting for more than 40% of its trade in 2016. Ukraine accounts for 0.9% of EU's total trade, with a turnover of €29.6bn in 2016. Ukraine exports to the EU amounted to €13.1bn in 2016. The main Ukraine exports are raw materials (iron, steel, mining products, agricultural products), chemical products and machinery. The EU exports to Ukraine amounted to over €16.5bn in 2016. The main EU exports to Ukraine include machinery and transport equipment, chemicals, and manufactured goods.

Industry accounted for 26% of GDP in Ukraine and covers about 20 major industries, namely power generating, fuel, ferrous and non-ferrous metallurgy, chemical and petrochemical and gas, machine-building and metal-working, forest, wood-working and wood pulp and paper, construction materials, light, food and others. The country possesses a massive high-tech industrial base, including electronics, arms industry and space program.

Ukraine is relatively rich in natural resources, particularly in mineral deposits. Although oil and natural gas reserves in the country are largely exhausted, it has other important energy sources, such as coal, hydroelectricity and nuclear fuel raw materials.

Agriculture is also a large part of Ukraine's economy. In 2008 the sector accounted for 8.29% of the country's GDP and by 2012 has grown to 10.43% of the GDP. Main production sectors are sunflower oil, grain, sugar, honey and Ukraine is expected to become a future global player on meat and dairy markets Because Ukraine possesses 30% of the world's richest black soil, its agricultural industry has a huge potential.

To help foster commercial links with the EU, Ukraine benefits from the TAIEX programme since 2006. TAIEX is the Technical Assistance and Information Exchange instrument of the European Commission. It aims to bring the legislation of neighboring countries in line with EU standards and ensuring compliance with EU regulations. All information about the missions that occurred in Ukraine can be found here. Read less.

Ukranian clusters’ mapping can be found in the Map section of the Ukranian Clusters Portal. The first attempts to create clusters were made in the mid-1990’s in the Podillia economic region (Western Ukraine). The first official cluster ‘Podillia Pershiy’ was set up in Ukraine in 1998 in the Khmelnytsky region. The idea of creating this cluster with multiple specialisations (in clothing, building materials and agro-sectors) was supported by the regional authorities with the aim to promote regional production and to export highly competitive products. The USAid has also provided substantial financial support for the initiative.

Ukraine has formed clusters that operate successfully, but the potential of cluster development is still not used up to full-scale, especially at the regional level. Clusters are represented in different regions of Ukraine and they vary in size, institutional forms and functions. The institutionalization of cluster development is an important prerequisite for successful clustering in Ukraine. In many cases, the formation of cluster associations is a key factor for the effective economic development activity of the region, contributing to the development of highly competitive products, new technologies and attracting investment.

The main thematic fields of the Ukranian cluster organisations are:

The first document on cluster policy in Ukraine was prepared in 2008, when the Concept of creation of clusters in Ukraine was published by the Ministry of Economy of Ukraine. This document identified the prospects of implementation of the cluster approach in the economy, highlighted the advantages of cluster organisations of production / manufacturing for the domestic economy, and defined the conceptual basis of clusters.Read more...

Today, the idea of creation and support of clusters in the Ukrainian economy has increased even more in its popularity. The government has included them into its official documents, including the Action Plan of the Cabinet of Ministries of Ukraine in 2015. Similarly, the draft of the "Strategy of development of high-tech industries by the year 2025" (prepared by the Ministry of Economic Development and Trade of Ukraine in 2016) lists a series of measures aimed at creating an effective ecosystem of technological parks, scientific and industrial clusters.

Some cluster–related initiatives are associated with the country’s leading research organizations, universities and NGOS. For example, the National Academy of Sciences of Ukraine plays an active role in this process. In recent years, the Academy took part in the following actions:

There is a possibility to create cluster associations in different sectors of the regional economy in such regions as Transcarpathia, Lviv, Kharkiv, etc. and even cross-border clusters with partners from the EU countries. The creation of several international transport corridors, some passing through the territory of Ukraine, (the Transcarpathian, Lugansk, Odessa, Kherson, etc.) should help Ukraine develop cross border clusters. It should be emphasized that the Ukrainian economy could benefit not only from domestic, but also cross-border clusters. The latter could contribute to the development of international cooperation between Ukraine and bordering regions.

Recently there have also been attempts from the European Union to boost cluster activities in the Eastern Partnership countries (Ukraine, Moldova, Belarus, Armenia, Georgia, Azerbaijan): For example, EaP PLUS, a Horizon 2020 project that started in 2016 and is funded by the European Commission, aims to stimulate cooperation between researchers from the EaP countries and EU Member States and enhance the active participation of the Eastern Partnership countries in Horizon 2020 Framework Programme.

The project has activities specifically aiming at strengthening clusters in EaP countries in collaboration with similar structures in the EU. For starters, a report called “Review of the state of development of clusters and emerging clusters in EaP” was published in March 2017. As a follow-up to this report, a grant scheme was established to finance cluster to cluster EU – EaP collaboration (for existing and emerging cluster initiatives), where six grants of up to 10.000 Euros were allocated on a competitive basis to EaP cluster organisations (including Ukraine).Read less. 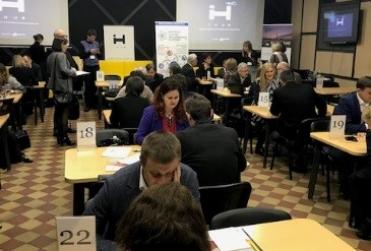 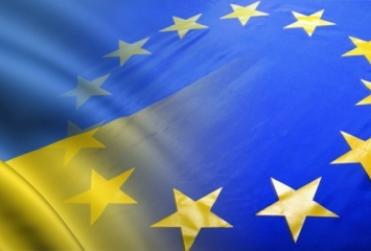 The international cooperation page for Ukraine is available