The 2021 edition of Europe’s Digital Day marks the fourth anniversary of the Digital Day event.

The last edition in 2019 focused on smart and sustainable agriculture, digitising cultural heritage and encouraging women’s participation in the digital and technology sectors. Since then, these initiatives have progressed significantly.

On 19 March at the online Digital Day 2021, ministers representing EU Member States signed three declarations to pool their efforts and resources to promote international connectivity, incentivise the rollout of clean digital technologies and improve the regulatory environment for start-ups and scale-ups. These tangible commitments will help to accelerate Europe's green and digital transformation and will contribute to the vision and goals of Europe's Digital Decade.

Margrethe Vestager, Executive Vice-President of A Europe fit for the Digital Age, said: “The new commitments made today strengthen our joint ambitions for a human-centred approach to digitalisation. With several Member States signing, the declarations consolidate commitments within three areas, namely connectivity, start-ups and clean digital technologies, supporting our ambitions towards a more competitive, inclusive and green Europe.”

Thierry Breton, Commissioner for Internal Market, said: “The Digital Day is an important avenue for Member States to come together, around key digital goals. The new commitments that Member States made today are also evidence of our determination in the EU to work together for greater digital leadership by 2030.”

Hosted by the Commission and the Portuguese Presidency of the Council, the fourth edition of the Digital Day brought together members of the European Parliament, ministers from Member States, industry executives and several other stakeholders. The participating Member States made concrete commitments in three key areas, namely connectivity, start-ups and clean digital technologies.

27 European countries signed the Declaration on 'European Data Gateways as a key element of the EU's Digital Decade', in which they committed to reinforce connectivity between Europe and its partners in Africa, Asia, the European Neighbourhood and Latin America.

Start-ups and scale-ups to benefit from best practices

25 European countries signed the Declaration on 'EU Startup Nations Standard of Excellence', which aims to ensure that all European start-ups and scale-ups benefit from the best practices adopted by successful start-up ecosystems.

The Commission, together with Member States and industrial stakeholders, has identified a number of best practices that contribute to a growth-friendly environment. These include processing applications for visas from third country talent, fiscal treatment of stock options and increasing the amount and diversity of private capital. The goal is that these practices become the general rule, central to the EU's transition to a sustainable, digital and resilient economy.

26 European countries signed the Declaration on 'A Green and Digital Transformation of the EU' to accelerate the use of green digital technologies.

Member States will work together to speed up the deployment and development of advanced digital technologies such as 5G and 6G, fibre optics, high-performance computing and the Internet of Things. This will help to achieve climate neutrality and drive the green and digital transitions in priority sectors, such as energy, transport, manufacturing, agri-food and construction.

Other areas of action include the promotion of green cloud, artificial intelligence (AI) and blockchain technologies, as well as sustainable hardware, green public procurement, support for green tech start-ups and SMEs.

In addition, 26 chief executive officers from the ICT sector joined the European Green Digital Coalition, committing on behalf of their companies to significantly reducing their carbon footprint by 2030, and to become climate neutral by 2040. 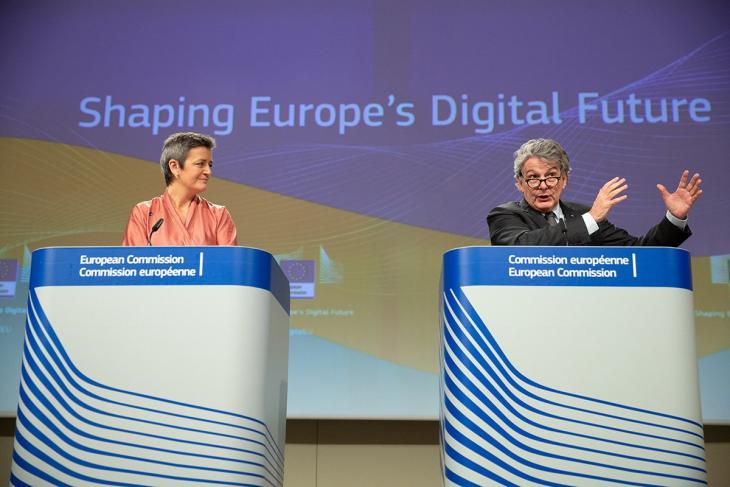