Conference on the Future of Europe: Engaging with citizens to build a more resilient Europe

This paves the way for the launch of a series of debates and discussions that will enable people from every corner of Europe to share their ideas and help shape Europe’s future.

President von der Leyen said: ‘Today we are inviting all Europeans to speak up. To say what Europe they want to live in, to shape it, and join forces to help us build it. Citizens’ expectations are clear: they want to have their say on the future of Europe, on matters which affect their lives. Our promise today is equally clear: we will listen. And then, we will act.’

The aim of the conference is to give citizens a greater role in shaping EU policies and ambitions, improving the Union’s resilience to economic and health-related crises. It will create a new public forum for open, inclusive, transparent, and structured debate between Europeans on issues that matter to them and affect their everyday lives.

The Joint Declaration gives a list of possible themes for the conference. It mentions health, climate change, social fairness, digital transformation, the EU’s role in the world, and how to strengthen democratic processes governing the EU. These topics concur with overarching EU priorities and the issues raised by citizens in opinion polls. Ultimately, participating citizens will decide what topics the conference will discuss.

The conference is under the authority of the three institutions leading this endeavour, represented by their Presidents, acting as its Joint Presidency. An Executive Board, equally representing the three institutions, will soon be constituted, with national Parliaments having observer status. The Executive Board will oversee the works of the conference, and prepare the conference plenary meetings, including citizens’ input and follow up.

You can watch recordings of the speeches from the plenary meetings here. 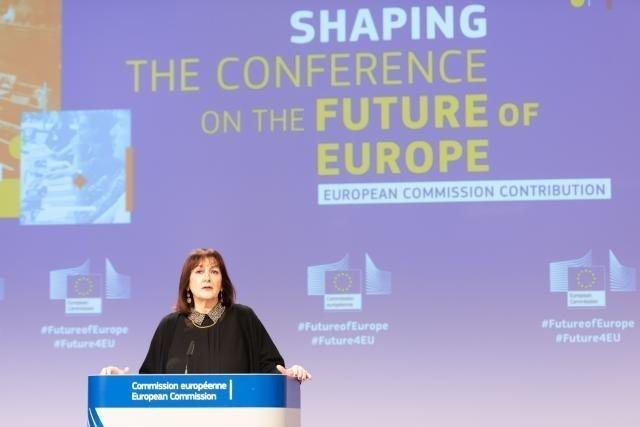