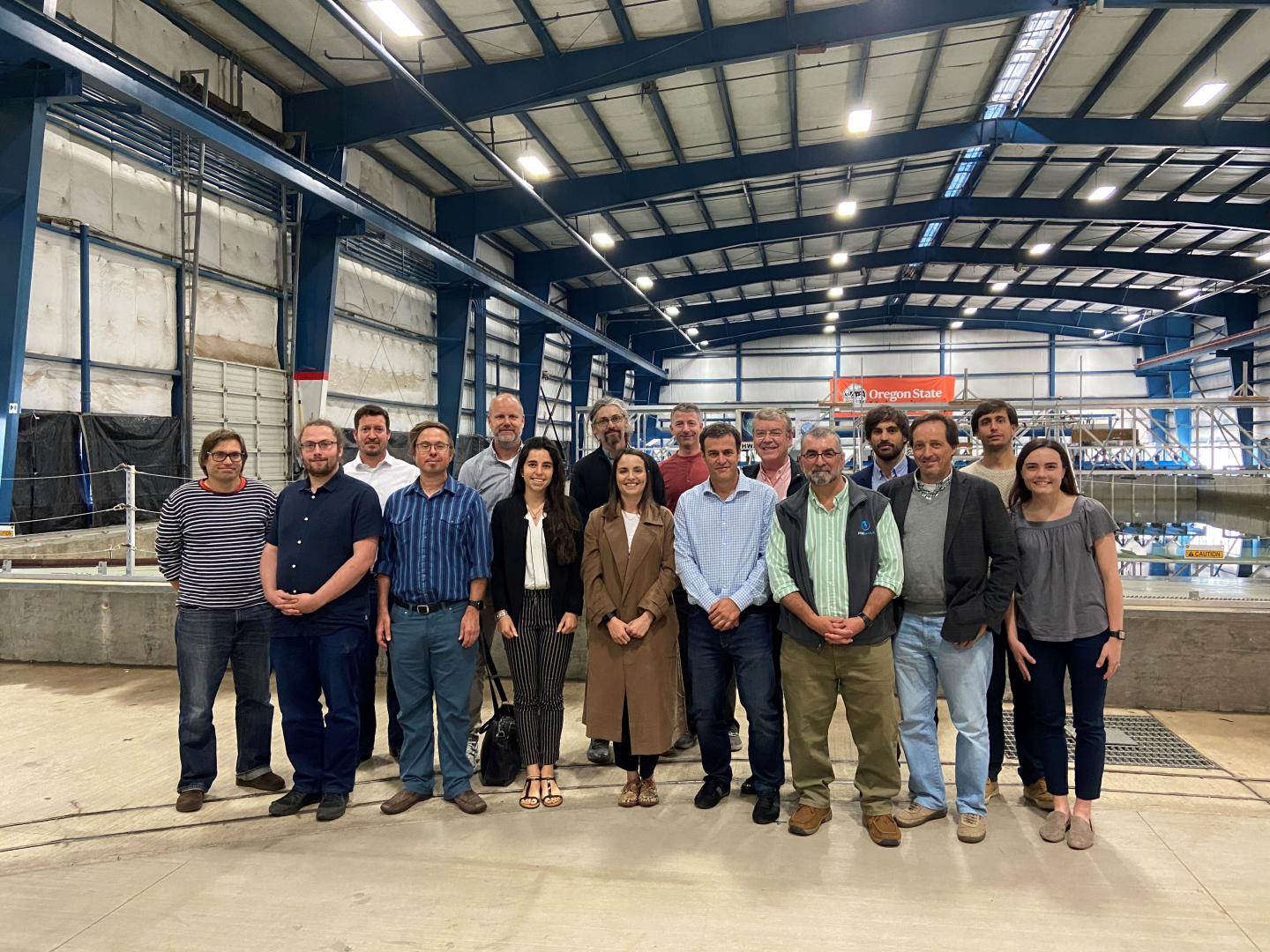 The European delegation participated in the OREC 2022 event with its own session and had specific meetings with some of the key agents on the North American scene such as POET, Oscilla Power, C-Power or PacWave.

The states of Oregon and Washington have the largest network of wave energy R&D companies and agents in the United States. In particular, the Oregon coast has some of the best marine energy resources in the world and is home to the country's main test facility, PacWave, which is under construction.

The mission was carried out within the framework of the ELBE alliance from September 13 to 16 and has been coordinated by the Energy Cluster, in collaboration with its Swedish partner OffshoreVäst/RISE. The European delegation was made up of 8 entities, including several of the most relevant agents in the European wave sector from the Basque Country (BiMEP, IDOM and MU), Sweden (Corpower, Ocean Harvesting and Waves4Power), Belgium (DEME) and Denmark ( Crestwing).

The agenda focused on participation in the OREC 2022 event (Offshore Renewable Energy Conference), on September 14 and 15, the largest ocean energy congress in the United States, which this year took place in Portland. During the conference, the five wave converter developers participating in the mission (IDOM, Corpower, Crestwing, Ocean Harvesting and Waves4Power) had the opportunity to present their technologies in their own session called 'International Updates on Marine Energy'. Likewise, the ELBE alliance, represented by the Energy Cluster, signed a collaboration agreement with the organizer of the event, POET (Pacific Ocean Energy Trust), to deepen the connection between the two continents in the development of ocean energy. Activities during the conference were rounded off by a joint meeting with North American wave energy developer Oscilla Power.

Additionally, on Tuesday, September 13, the delegation had the opportunity to visit the Willamette Technical Fabricators facilities in the framework of a specific event in which several of the main institutional agents in Oregon also participated, including representatives of its senators and congressmen.

The agenda was completed on Friday, September 16, with a visit to the O.H. Hinsdale Wave Research Laboratory, where joint meetings with representatives from PacWave and C-Power were also held.