Submitted by Ariadna Detrell on 23 October 2018

Dr. Ariadna Detrell, Cluster Manager at AEI TÈXTILS (the technical textiles’ cluster of Catalonia), led the creation of this network in 2016 along with more than 60 experts from other clusters/business associations, research centers, universities and companies from 10 European countries and Japan. Finally, the network has been established as a COST Action which will start working on November.

CONTEXT has been set in the framework of COST (European Cooperation in Science and Technology), the longest running European framework. COST is a unique platform where European researchers can jointly develop their ideas and initiatives across all scientific disciplines through the trans-European networking of nationally funded research.

The main objective of CONTEXT is to join efforts at European level to facilitate the market uptake of new advanced textile materials, reducing the gap between research and industry. This goal can only be achieved involving all the major stakeholders of the process: universities, technological centers, industry and end-users under the coordination from one of the main tools which contributes to the improvement of competitiveness and productivity of the different economic sectors in the European environment: the clusters.

CONTEXT is structured in 6 working groups, 5 of them focused on different applications of advanced textile materials: healthcare/medical, automotive and aeronautics, personal protection, building and living, sports and wearables. The sixth group focus is dissemination and communication.

Different group dynamics were used during the meeting to promote the active participation from all attendees in contributing with their viewpoints and experience in the topic to propose novel ideas and methodologies.

After the working sessions, the meeting continued with the election of the network core group: Ariadna Detrell was elected as Chair of the Action and Bruno Mougin, from the French cluster TECHTERA, as Vice Chair.

The team is completed with the leaders of the six working groups, the responsible for two of the main activities the network will perform: training courses and short term scientific missions (STSM), the Cost Policy Supervisor and the Institutional Relations’ Coordinator.

During 4 years, the different working groups will organize several activities in different countries with the aim to become a hub that combines existing knowledge and identifies common problems for the development of new textile materials, production technologies and business models.

The meeting concluded after the presentation of the CONTEXT work plan for the next 6 months by Ariadna Detrell. A major activity foreseen is an international conference in Barcelona during the first quarter of 2019.

CONTEXT is a new link to contribute to the competitiveness improvement of the European textile industry, led by cluster organizations. 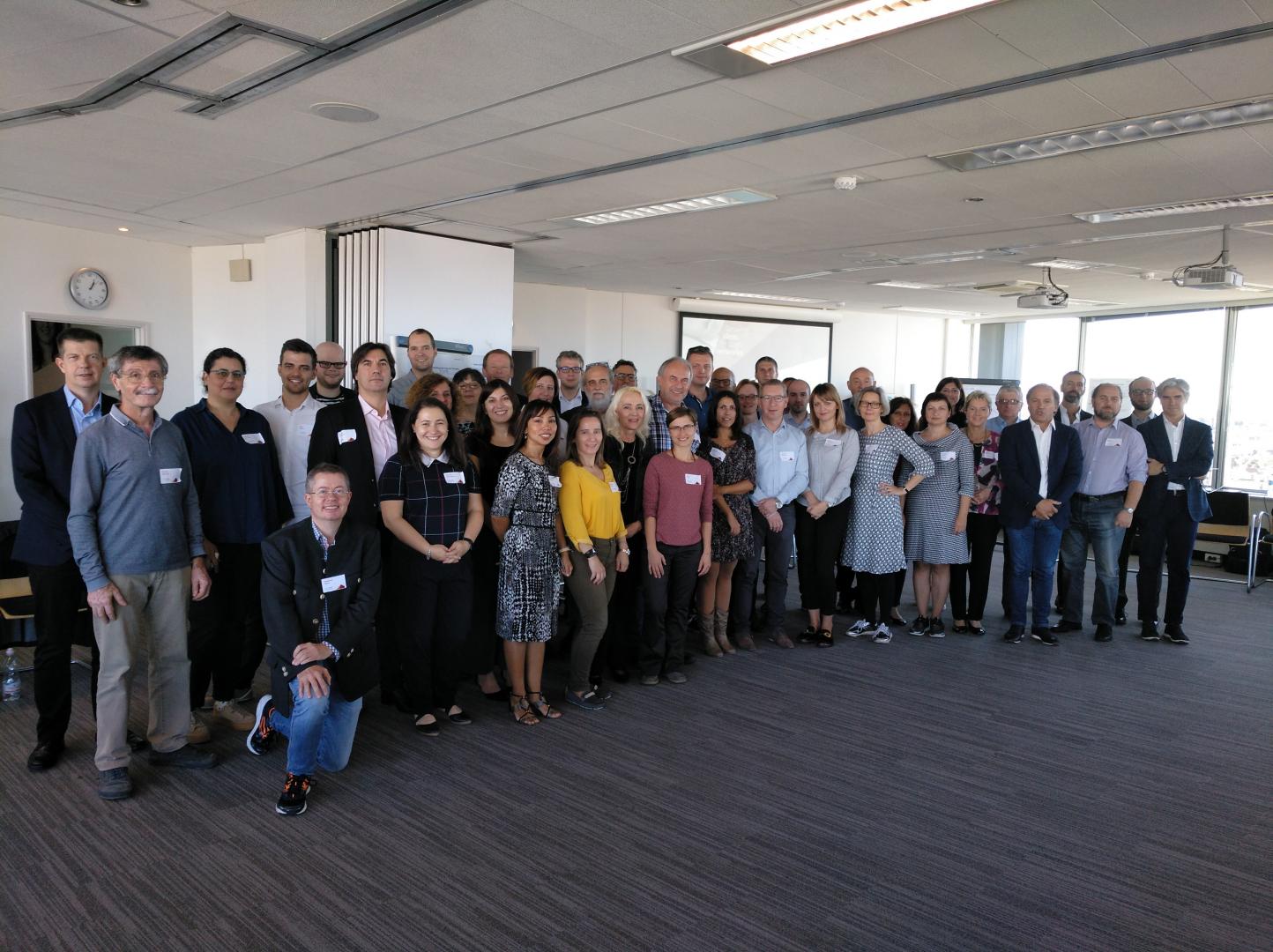