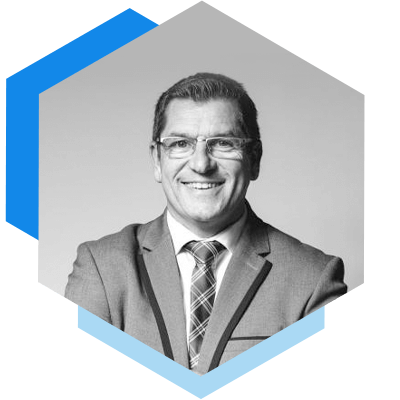 Hervé Floch is the General Manager of ALPHA - Route des Lasers & des Hyperfréquences® (ALPHA-RLH) french competitiveness cluster created in December 2016 and resulting from the merger between the former Route des Lasers® (Bordeaux) and Elopsys (Limoges) clusters. He has more than 30 years of experience in optics-photonics technology development in France after graduating from École Nationale de Chimie, Physique et Biologie de Paris with a MSc in Chemistry from Faculté des Sciences d’Orsay. He is CEA employee and since 2011 on-loan to take on the role of managing ALPHA-RLH cluster.

He has record of sustained and significant contributions, patents and technology transfers to the development of optical coatings by the sol-gel process and precision optics for high-power lasers (Laser Mégajoule) and his work to develop optical thin films and its transfer in the industry has been recognized by several awards. Hervé Floch is strongly engaged in the growth of its cluster and associated ecosystem and has successfully managed European projects by taking a leading role in cluster cooperation, SME engagement and international business missions.

Since September 2017, Hervé Floch is the chairman of the Europe Committee of the French Association of Competitiveness Clusters. As such, he has a leading role in the ECEA project, aiming at renewing of the awarding process and organization of European cluster excellence labels.

In 2018, Hervé Floch was elected as member Board of Stakeholders (BoS) of Photonics21, the main decision making body of the European platform specialised in photonics science & technology and that unites the majority of the leading Senior expert.