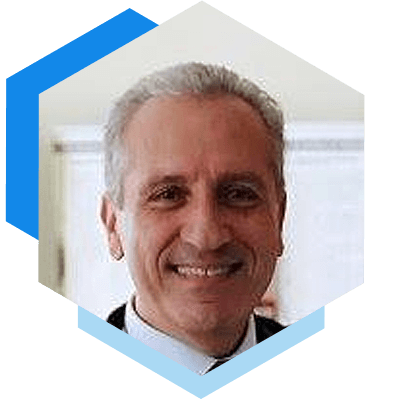 He is presently member of the technical staff of DAC, the Aerospace District of Campania Region, managing Space and Defense activities. He is project manager of the EACP-EUROSME project co-funded by the European Union’s COSME Programme.

He is co-founder and President of TRANS-TECH, an SME devoted to technology transfer and very high tech projects. He is co-conceiver and project manager of the HYPLANE project.

He worked at CIRA, the Italian Aerospace Research Center, for some 25 years managing almost all space related programs, projects and facilities, mostly devoted to space transportation and reentry.

He led in particular the PRORA-USV program, playing the role of flight director for balloon-dropped trans-supersonic flight tests. He was designer of the 70MW SCIROCCO Plasma Wind Tunnel for duplicating reentry aerothermodynamics conditions.

At the beginning of his career, he worked for about ten years with the Microgravity Research Team led by Luigi G. Napolitano at University of Naples, designing, preparing and analyzing some experiments executed on board the ESA Spacelab.

He is today member of the International Academy of Astronautics, vice-president of the Italian Institute for the Future and director general of its Center for Near Space devoted mainly to Space Tourism development that contributed to found. In 2013, he co-founded Space Renaissance Italia assuming the role of president up to May 2015.