Summary of the Third ECCP Experts Talk Webinar: Digitalisation challenges and opportunities for SMEs and the role of clusters

The third ECCP Expert Talks Webinar took place on 20.6.2019, addressing the topic of digitalisation - the challenges and opportunities for SMEs and the role of clusters .  The interest was very high with more than 70  registrations of participants. For the people who could not attend or are interested in the presentations, we prepared below a summary of the webinar (presentations and questions), the speakers' written presentations and a link to the recording of the webinar.

Lucia Seel opened the webinar by presenting the invited speakers, saluting the participants and reminding audience that all presentations as well as a summary and the webinar recording will be made available soon afterwards to the entire ECCP community. 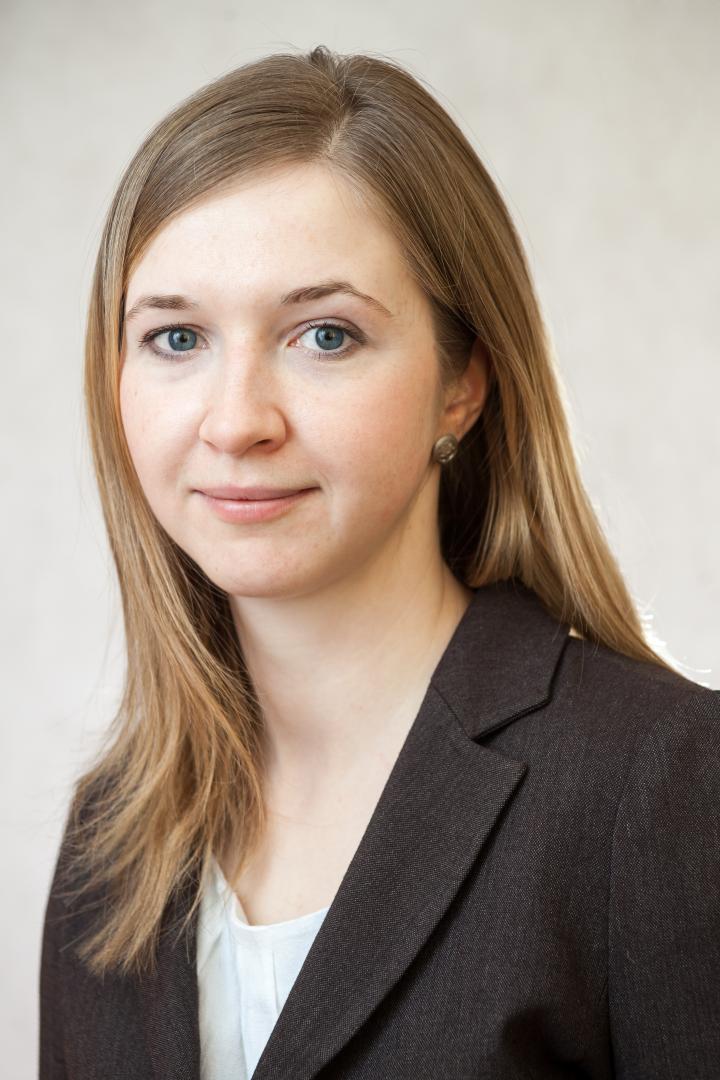 Katarzyna Koziol’s presentation started with an overview of the place SMEs hold in EU’s economy and the role of SMEunited as the voice of crafts and SMEs in Europe as well as its structure and services provided.

Further on, Katarzyna presented the main findings with regards to the status of digitalisation in SMEs and the significant digitalisation discrepancies between sectors and countries (DESI 2019: https://ec.europa.eu/digital-single-market/desi). Digitalisation is one of the biggest challenges SMEs are facing today, along with technological development, globalisation, demographic evolution, greening/circular economy, etc.  She also emphasised the fact that given their heterogeneity in internal capacity, resources and size (microentreprises vs. medium sized companies), SMEs need different support measures according to their level of digitalisation and size. To create environment that facilitates and encourages digital transformation, enterprises need appropriate infrastructure, access to talent with adequate digital skills , standardis in ICT as that would help with technology development and compliance, as well as awareness raising, guidance on different available instruments & solutions (i.e. capacity building) and financial support, important to note that  most SMEs look for support at regional and national level. Referring to the financial support several funding sources for SMEs were mentioned at European level among which the Structural Funds, but also initiatives such as Digital Innovation Hubs, European Cybersecurity Competence Network and Centre, EEN, clusters, all in an increasingly complex framework and that is difficult to navigate.

As one of the best practices of encouraging uptake of different technologies by SMEs, Katarzyna presented the activities of one of the association’s members - ZDH – the German Confederation of Skilled Crafts. ZDH with funds fromthe Federal Ministry for Economic Affairs and Energy (BMWi) – since a few years has been offering specifically tailored access to IT know-how. She also touched the subjects of fairness, transparency and level playing field for all companies taking into account disruptive impact of technology and recent regulations in this domain. Equally, access to and re-use of data in a growing data economy are aspects that will have to be addressed. 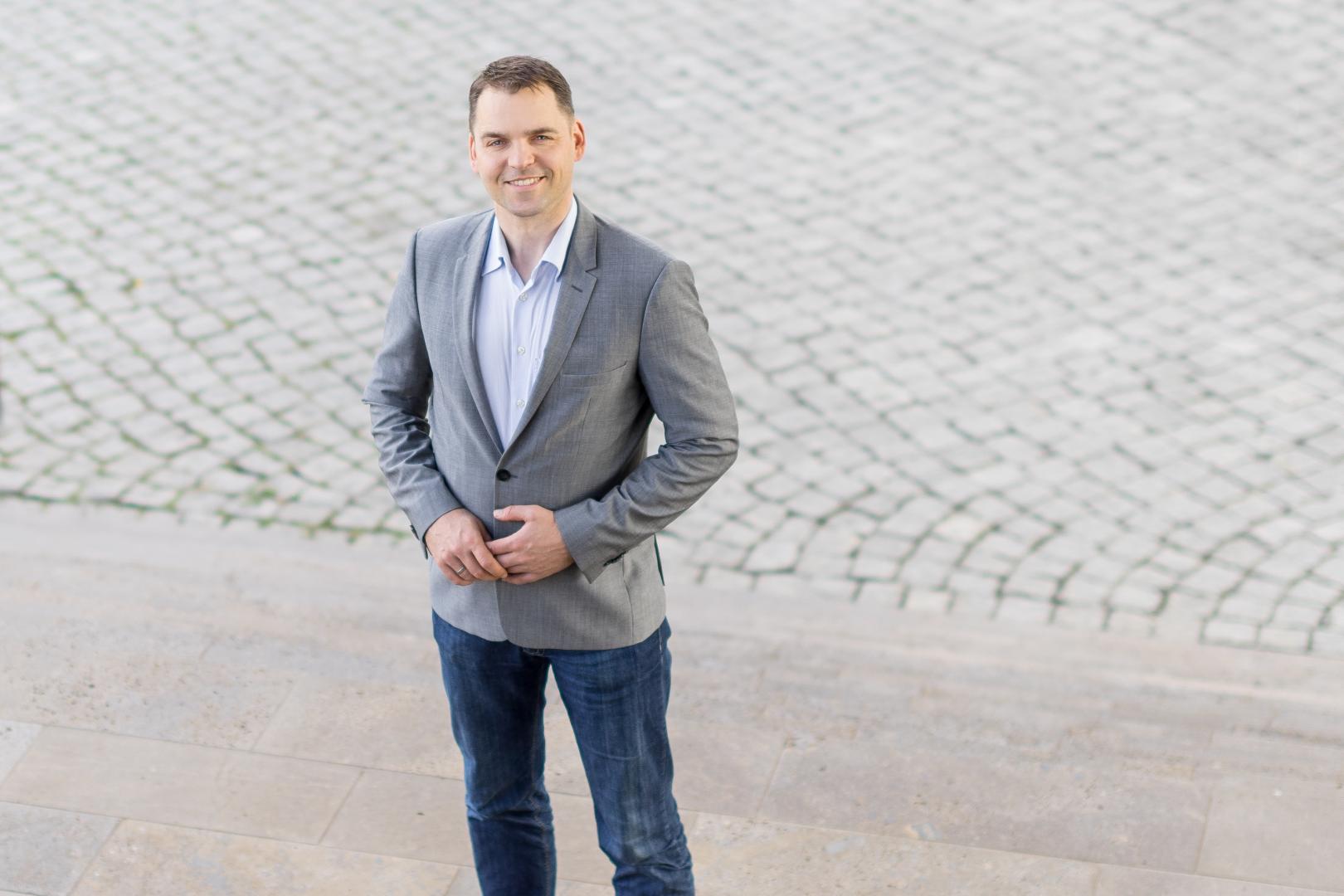 Frank Bösenberg presented the structure of his intervention: introduction of Silicon Saxony cluster, the Digital Innovation Hub (DIH) set-up and precise examples of support offered to their ecosystem in implementing the digital transformation.

Frank started by differentiating between the Silicon Saxony – one of largest ICT ecosystems in Europe – and Silicon Saxony the cluster organization, presenting key figures for both. He underlined that the 20 year old cluster organisation is independent, privately funded, Cluster Management Excellence Gold Labeled, with core competencies in micro and nano electronics, ICT and software. Frank presented the membership structure, with SMEs as main component, but also cross-over membership with some non-ICT networks such as Biosaxony, etc.

Starting few years ago the subject of DIH evolved to being considered as the solution for mastering digital transformation in the German economy but also at European level, that being also the moment when Silicon Saxony’s first DIH was established in Dresden, after a national competition. While underlining the distinction between a cluster and a hub (focused more on start-ups and venture capital while creating real testbeds and needed physical infrastructure) Frank mentioned that the 12 official DIHs in Germany are not funded at national level but at regional level at the most, which makes them not comparable in terms of structure. Silicon Saxony’s approach in setting up the DIH in Dresden was to team up with local/regional organizations bringing in the lacking capabilities, as shareholders of a new legal entity.

Frank referred to the 2019 Digital Economy and Society Index (DESI) analysis - already mentioned by Katarzyna - that places Germany not in a leading position in terms of the status quo of the digitalisation, having significant levels of lagging behind-SMEs or at least the spread between them and the leading suppliers of digitalization solutions. In order to address this, some strategic goals were set, among which creating an Internet of Things (IoT) – ecosystem and this is where DIHs are involved in strengthening networking, cooperation and co-innovation.

Focusing rather on the “fast followers” than on “lagging behind” SMEs, as Katarzyna put it, Silicon Saxony developed the “Trail” concept to help their SMEs find their way in the jungle of information related to digitalization. The 19 trails set up are dedicated to different technologies, application areas, other topics. One of the trails Frank presented is the Industrial IoT Testbed, a small area with a fully digitalized and automated production process embedding a lot different technologies, where workshops are organized and SMEs can try them out with comparably little costs.

In order to put together different companies towards stimulating innovation and digitalization, Silicon Saxony via the “Smart Systems Hub” choose the Thingkathon format, mixing the cooperation and competition methods present in other formats (pitch formats, start-up conferences, hackathons, pilots, etc.), but focusing on the thing/product/hardware that can be used in digitalization – wherefrom the “g” in Thingkathon. Thus the DIH is for a technology cluster such as Silicon Saxony the instrument to reach out to application areas, to the benefit of cluster members - mainly technology producers constantly looking for applicants. Frank also presented the winner project of a past Thingkathon, in the green energy domain and the current one – on the topic of “Quality Assurance in Production wit AI”, the lessons learned so far and invited the audience to join in the next Thingkathon to be organized in November.

Lucia thanked Katarzyna and Frank for the detailed presentations and cited the first question from the audience referring to the distinction between traditional clusters and digital ecosystems. Frank underlined the need to differentiate first between your cluster organisation with a membership approach and your ecosystem and keeping the same distinction when it comes to digital ecosystems. DIH has on the other hand a more client approach (pay for the provided services/facilities) combined with funding from the region partner in the DIH. Katarzyna answered the question related to what works best in supporting SMEs in up-taking digital solutions: for most SMEs, micro companies especially, the first person contacted to solve IT issues is the accountant, then they reach towards SME associations/organisations to seek for knowledge. She also pointed out to increased pressure from European institutions to focus on SMEs so she turned to Frank questioning how they see involving more SMEs in DIH but also how he sees this model replicated in other European regions such as Eastern ones. Frank replied that their focus on fast followers is rather a tactical decision as other SMEs and a lower level of digitalisation is addressed by other joint-initiatives and chambers of commerce. Referring to other European regions, based on the experience gained from outreaching with their DIH towards these regions, there are several SME support organisations and the success is determined by the cooperation level between them, one example being Estonia that is a role model in digitalisation while not disposing of the level of financing German SMEs have.  How to overcome time and resource constraints in smaller industrial SMEs especially in the countryside was another question from the audience for Frank, who admitted that this is indeed a challenge for SMEs that have to change their business model and this may only be done gradually, in time, but should be strategically planned.

Please find below the recording of the webinar as well as in attachment the speakers' presentations. 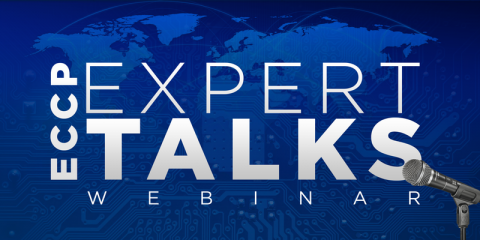