State of the Union 2020: Charting the course out of the coronavirus crisis and into the future

Submitted by Lee Gibson on 16 September 2020

President Ursula von der Leyen has pledged that the European Commission will drive a sustainable and transformational recovery that will give Europe a global platform to lead economically, environmentally and geopolitically.

Making her first State of the Union Address at the European Parliament Plenary, President von der Leyen presented her vision for a continent that emerges stronger from the COVID-19 pandemic and leads the way towards a new vitality.

She spoke of how the current global health crisis, and the response across the European Union, had turned fear and division between Member States into confidence in the Union.

"We showed what is possible when we trust each other and trust our European institutions," she said.

"And with all of that, we choose to not only repair and recover for the here and now, but to shape a better way of living for the world of tomorrow.

"We have everything we need to make this happen. We have shaken off the old excuses and home comforts that have always held us back. We have the vision, we have the plan, we have the investment.

The President called for lessons to be learned, saying Europe must build a stronger European health union, with a future-proof and properly funded EU4Health programme, a reinforced European Medicines Agency (EMA) and a strengthened European Centre for Disease Prevention and Control (ECDC).

She pledged to build a European BARDA – agency for biomedical advanced research and development – to enhance Europe's capacity to respond to cross-border threats.

Also revealed were renewed environmental and sustainability goals, including a European Commission proposal to increase the 2030 target for emissions reduction from 40% to at least 55% - to put the EU on track for climate neutrality by 2050 and for meeting its Paris Agreement obligations.

President von der Leyen additionally stressed that “Europe must now lead the way on digital – or it will have to follow the way of others.” She called for a common plan for digital Europe with clearly defined goals for 2030, such as for connectivity, skills and digital public services.

The President's address is accompanied by a ‘Letter of Intent' to European Parliament President David Sassoli and to German Chancellor Angela Merkel, who holds the rotating Council Presidency.

This sets out a list of initiatives the Commission intends to bring forward over the coming year, in order to deliver the objectives she set out. 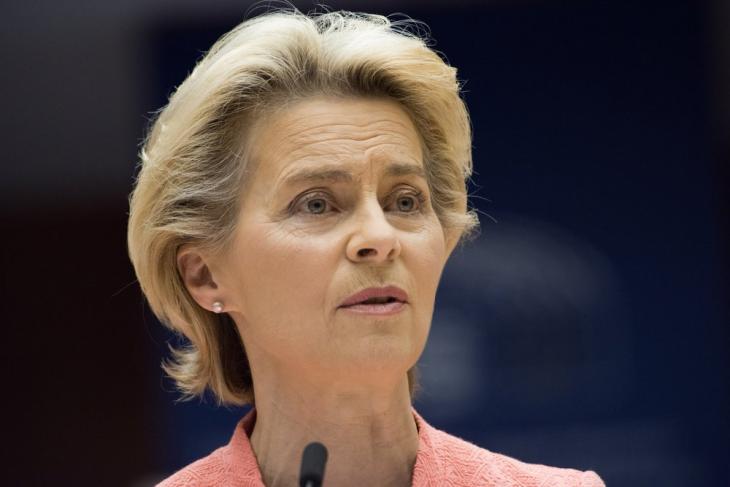