Submitted by Caroline Guillet on 11 June 2018

As promised in the “Emerging Senegal Plan”, Macky Sall, President of Senegal, wants Dakar to become a regional campus of reference. To achieve his vision, the president has launched the construction of a major site, dedicated to research and innovation, as reported by Jeune Afrique.

The scientific and technological pole will be built in the Diamniadio area in Dakar and well be composed of two parts: a major university campus and the City of knowledge”.

The second complex, so-called “City of knowledge”, is a 14-ha site which will host several structures dedicated to education, research and innovation. It is expected that other higher education institutes of the country set up branches on the site, notably Dakar Business School (Sup' de Co), Senegal’s top business school, Senegal virtual university and the African institute for mathematic sciences.

As far as research is concerned, the French National Institute for Research (CNRS) will open a branch and the site will host several laboratories in three research domains: biology (including biotechnologies), applied sciences (mathematics, IT and robotics) and physics (nuclear medicine and particle physics).

As far as governance is concerned, the principle public authorities in charge of higher education will have their offices on the campus, whilst a cluster named “Space and Technical Infrastructure for Sharing and Knowledge” will animate the ecosystem. 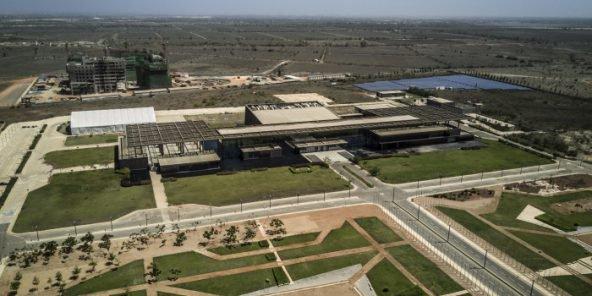