A NEW DEAL FOR EUROPEAN DEFENCE

Several  ECCP profiled  clusters were represented at the Project workshop “European Defence Action Plan: New Opportunities for Regions” co-organised by DG GROW, EURADA and ERRIN and held in Brussels on the 9th of March. The meeting  highlighted several new funding  opportunities for defence related research and innovation activities including for clusters.

A new European Defence Fund has now been created and will have both a research focus and a capability focus (the latter is related to support technologies).  Budgets are likely to be available in 2018 and will be delegated to the European Defence Agency and will use similar rules to H2020.  An initial budget of approx. 25M€ for 2017 and 90M€ for the following 3 year period.  The first calls are expected in May 2017 and examples of topics will include:  unmanned systems for maritime environments, sensors and data analysis systems, adaptive camouflage and a defence technology foresight exercise.

Actors seeking to participate in these programmes will need to secure relevant “facility security clearances” in line with their national legislation.

HR and skills issues are also highlighted in the Defence Action Plan, especially for dual use activities, that can also benefit from ERDF funding.

A specific advisory group will be created and its membership will be selected by an open call and efforts to include SME representative bodies or clusters will be made.

Additionally plans for a future European Defence Research Programme are underway and include a proposal for a multi annual financial programme for 2012-27 with an annual  budget of 500m€. 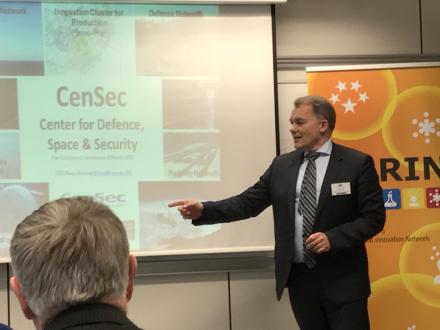 The COSME programme: the next Clusters Go International call (expected by end March) will include funding for 2 partnerships for the defence and the security sector (dual use).  The EEN also provides support and  includes a thematic group focused on aeronautics, space and dual use.

Klaus Bolving (see photo) from ECCP profiled cluster CenSec (Denmark) highlighted the role his cluster is playing  regarding defence/dual use business development activities with a particular focus on SMEs.  The cluster believes strongly in driving cross sectoral collaboration and networking  with other clusters such as those found in the European Security Cluster Alliance.  The cluster will co-host an event with EEN on the 28th of  March focused on Drones and Space.

Meanwhile Frederic Rode from Bretagne Developpement Innovation presented the “defence” assets of Brittany and the way they have been included in the regions Smart Specialisation Strategy and in particular the concentration of cyber security companies that have joined together to form a new cluster.

Finally, networking support for defence regions and clusters is provided by the European Network of Defence Related Regions supported by DG GROW www.edrn.eu .  A Technical workshop is planned for  26th oct 2017 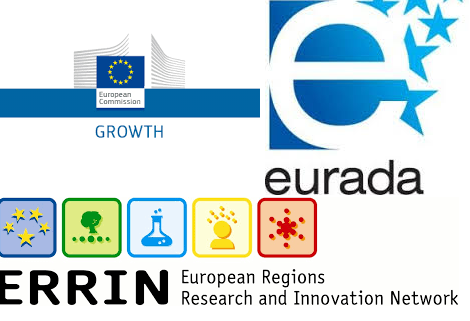