Mexico is the 7th world’s largest producer of vehicles and the largest producer of light vehicles in Latin America (OICA, 2015). Since the early 30’s the automotive industry is a leading business sector in Mexico, assuring world-class exports thanks to manufacturing activities. Everything starts with the establishment of the first Ford company in Mexico City. Nowadays, the most competitive industries are gathering together into flourishing clusters that generate synergies thanks to economies of scale, shared resources and common R&D research. Most of Mexican automotive clusters are based along the border to the US, in the States of Baja California, Sonora, Chihuahua or Nuevo León, but there are also some in the states of Guanajuato, Puebla and México. A total number of 31 automotive clusters are allocated across the country, e.g. the Nuevo León Auto Cluster (CLAUT), the Guanajuato Auto Cluster (CLAUGTO), the Clúster Automotriz Estado de México and the Chihuahua Auto Cluster.

A large cluster community is now supporting the automotive field in Mexico throughout the whole value chain and involving a number of suppliers. For example, CLAUT is a non-profit organisation comprised of 92 members, Tier 1 auto industry manufacturers and related academic and government institutions. Its goal is to promote the development of the automotive industry, from vehicle manufacturers to Tier 1, Tier 2 and Tier 3 suppliers, including firms offering logistics, consulting and other services.

And there are others emerging: for instance, in January 2017, a new automotive cluster called Clúster Automotriz del Estado de Jalisco (“State of Jalisco’s Automotive Cluster”) has been launched. Its fifty manufacturing company members are suppliers of engines, electronic components and other vehicle systems for leading automotive constructors worldwide, with the support of universities and governmental institutions involved into the cluster’s development. Rubén Reséndiz, General Director of the “Instituto de Fomento al Comercio Exterior del Estado de Jalisco” (a decentralized public agency for trade development in the Jalisco region), underlined in the Informador – a Mexican daily newspaper - the strength of such a cooperation for national competitiveness and global performance: “We are working with small and medium-sized enterprises (SMEs), giving them certifications, training them, taking them by the hand to make them suppliers of the suppliers in the automotive industry” (extract from the article “Cluster automotriz de Jalisco ya cuenta con 50 empresas”).

The Automotive cluster of State of Jalisco is now considering the training of human resources in its companies, through partnerships with universities such as the Universidad Autómata de Guadalajara (“Guadalajara’s University of Robotics”) and the Universidad del Valle de Atemajac (“University of the Valley of Atemajac”) in order to improve the technical know-how of the company members’ engineers. Targeting human resources seems to be a national concern not only for the automotive industry and its clusters – as it appears in the long-term strategies of bigger clusters like CLAUT or Clúster Automotriz Estado de México -, but for all the industrial fields of an economy which remains essentially based on manufacturing activities. 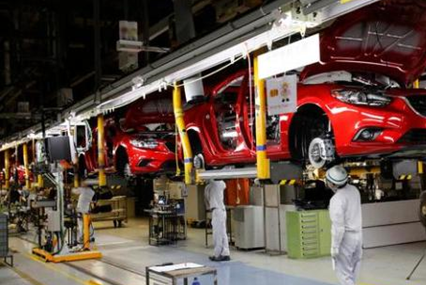