Submitted by Alina Danieles… on 03 February 2020

MESAP takes part to the 2nd edition of the TechDays, EU & MENA Innovators Matchmaking Event organised by THE NEXT SOCIETY in Tunis, including clusters, researchers, SMEs, industry experts and policy makers to encourage collaboration between these actors of the two shores of the Mediterranean through sectoral bilateral meetings and to bring about roadmaps for future collaborations.

The event is dvided in 2 days: on January 29th, a workshop allows to tackle the difficulties met by each participant and to discuss the barriers to internationalisation and the financing conditions. The next day during the Tunisian Technoparks Forum, clusters, SMEs, start-ups and researchers will be invited to find new partners to build up collaborative R&I projects and form consortia for Tunisian funding programmes and H2020 calls.

MESAP will also take part to the event organized by IT Italian Trade Agency (12-14 February) where ICT and mechatronics (clusters, companies, RTOs) will meet to discuss and open collaborations. The seminar ''The strategic Tunisian-Italian partnership in the sectors of mechatronics and ICT'', organized by the Italian agency for foreign trade with the patronage of the Italian embassy in Tunisia in collaboration with Aidam - the Italian mechatronic automation association, as part of the European Union's PES 2 program (plan exports south). The seminar will include a conference in the morning with the participation of representatives of Tunisian public institutions:  the Italian side will be represented by Paolo Dondo , technical manager of MESAP Innovation Cluster and a permanent member of the National cluster of smart factories. Business-to-business meetings are scheduled in the afternoon between Italian and Tunisian companies that are interested.

Why Tunisia? Tunisia is one of the most competitive economies in Africa and the Arab world,offering businesses an environment of higher quality than those found in main competing countries.: for example, Tunisia is the 2nd manufacturer of automotive components in Africa.

The sector of Mechanical, Electrical and Electronic Industries (MEEI) has acquired a prominent position in the Tunisian industrial fabric, as:

Tunisia is part of MESAP's strategy: in fact the cluster has signed in 2017 an agreement with the Sousse cluster ( focused on mechatronics) to work together on mechatronics topics, also facilitating the relationships between italian and tunisian companies, RTOs..In particularly  the cluster also could help European companies to have a basis of settlement. 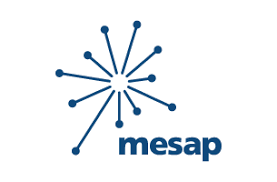