The gift of imperfection or How AVAESEN reinvented the cluster concept

Submitted by Alina Danieles… on 24 November 2016

The financial crisis has left its mark in Spain. Due to budget constraints of the Valencian Region, regional public funding of cluster organizations terminated in 2012. As a result, many clusters have drastically reduced its staff or dissolved completely. In addition, the Spanish Government slashed subsidies for renewable energy projects, even to energy parks (wind and solar) which were already installed with “guaranteed” government support for 10-20 years. Consequently, international investors and pension funds promised to ban the renewable energy in Spain altogether.  Many Spanish renewable energy SMEs went bankrupt, in the Valencian region the number of SMEs dropped from 235 to less than 100. All these situations also had a negative impact on the functioning and sustainability of the Valencian Region Renewable Energy Cluster (AVAESEN), having two consequences: cluster transformation and market adaptation.

Faced with these challenges, AVAESEN saw a need to radically reinvent itself. In 2013 it transformed from a conventional public-private cluster organisation to a self-funded service-provider, raising the membership fee and widening offered services. The Cluster Manager agreed on a Tailored Action Plan with each participating SME. The additional services were offered on a no ‘cure-no pay basis’. Meeting these objectives guaranteed not only the dedication but also the effectiveness in supporting the competitiveness of cluster members. Participating SMEs would pay an increased fee upfront, in the knowledge that a refund was guaranteed in case objectives were not met. AVAESEN is probably the only European cluster that took this strong committing approach with its SME members and managed to pull it off successfully.

Given that the Spanish renewable energy sector was gridlocked, SMEs were forced to diversify their offer in the Spanish market (e.g. energy efficiency, smart cities, circular economy) and internationally expand their core activities in renewable energy friendly markets. Through the Tailored Action Plans, AVAESEN supported its members in this shift, acting on their most urgent ‘pain’ (new clients, financing, visibility, internationalisation and partnerships). As a result, today 80% of AVAESEN’s members are active internationally, whereas before only 20% was active in foreign markets. In addition, 12% of AVAESEN members participate yearly in EU-funded programs with our support and more than 70% of them acknowledge AVAESEN as a business generator. So far, no member has asked the refund of the fee. With this action, we managed not only to keep both a sector and a cluster afloat in dire moments, but increase the members and add significant value to our SME members.

Obviously, the elephant in the room is the domestic renewable energy market. Offering innovative products abroad is a huge challenge, even more so without access to a home market and showcases. This home market is still not liberalised despite the EU Energy Package. Spanish conventional electricity monopolists defend their turf with tooth and nail against access by new renewable energy installations and, as a result, national government imposed a “tax on the sun”, which punishes self-consumption by households. This explains why new installations of solar-PV are not common in Spain, despite having the highest electricity price in Europe, huge drops in PV-installation prices, most hours of sunshine per year and no longer requiring subsidies for a profitable investment in renewable energy. Not only is this policy blocking the energy transition and low carbon future, it also locks people into energy poverty (38,5% of the Valencian citizens are in energy poverty in 2016).

Self-consumption would be the way out of this stagnant situation. It would provide market access for SMEs and create a more sustainable and fair society. AVAESEN has taken up this challenge and is now at the forefront of this legislative battle in Spain, which is key to the competitiveness of our SMEs.

In the past months, AVAESEN, a regional cluster, has been in the limelight of the national media, leading the self-consumption agenda in Spain, such as can be read in El Mundo, El Diario, Energías Renovables, El Levante, Economía., etc.

A first success of this lobby by AVAESEN is a partial compensation of the “tax on the sun” by subsidy to SMEs and household owners from the Region of Valencia (El Levante, Sept. 2016).

In addition, by working together with the Regional Government, AVAESEN has liberated 15 huge “frozen” wind parks in the Region of Valencia, allocated more than 5 years ago trough tenders to a small group of large multinationals but never actually built, blocking investments of more than 1 billion EUR. This wind capacity will be now allocated to many small wind parks, which act as self-consumption hubs for small communities and predominantly built by SMEs. (El Mundo, July 2016).

With the competitiveness of renewable energy SMEs back on track in the clean energy sector, and with a refreshed cluster concept we can now branch out and connect to other sectorial and cross-sectorial opportunities.

For more information, please visit www.avaesen.es or contact the cluster manager at bdragomir [at] avaesen.es 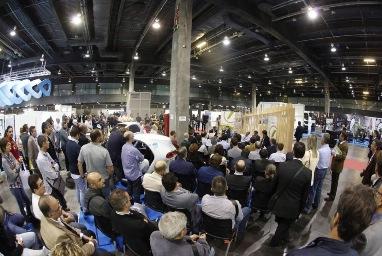