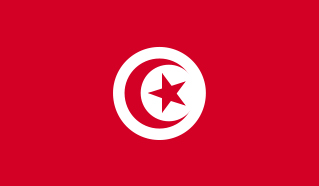 Tunisia is recovering from days of economic and political instability and cluster policy programmes are slowly emerging. Today the Ministry of Industry of Tunisia has a dedicated cluster page. Sectoral focuses of Tunisian clusters include textiles, agriculture, mechanical industries, electric industries as well as biotechnology, health care industries and renewable energy.

Tunisia has a diverse, market-oriented economy and democratic political structure. Tunisia is ranked as the 92nd most competitive country in the world in the Global Competitiveness Index. The EU was Tunisia’s major trading partner in 2012, with EU trade accounting for 62.9% of total Tunisian trade. Tunisia was indeed the first Mediterranean country to sign an Association Agreement with the EU, in July 1995. Tariff dismantling measures implemented under the Agreement were completed in 2008, also resulting in a Free Trade Area, the first between the EU and a Mediterranean partner.

Negotiations for an EU-Tunisia Deep and Comprehensive Free Trade Agreement (DCFTA) were launched on the 13th of October 2015. The first round of the EU-Tunisia DCFTA negotiations took place shortly after, on the 19th of October 2015. The aim of the agreement is to improve market access opportunities and the investment climate, and support ongoing economic reforms in Tunisia. The agreement will be in addition to the existing Euro-Mediterranean free trade area that was signed in 1995, but it was mainly focused on the trade of goods.

Tunisia is a partner in the Euro-Mediterranean Partnership (Euromed).Read less.

The cluster community in Tunisia was established on a model similar to France’s. Clusters can therefore be called “pole de compétitivité”, or others may be known as technopoles.

Clusters have mainly been established in recent years. In 2012, the French development agency – Agence Française de Développement/French Agency for Development (AFD) launched a pilot project for the development of one of the first Tunisian clusters – the Cluster Mecatronic.

The AFD also supports the training of cluster managers in Tunisia and in the framework of the PASRI (Projet d’Appui au Système de Recherche Innovation – project for the development of R&I), financed by the EU and supported by the Tunisian Ministry of Industry, an action plan for cluster development in Tunisia over 5 years (started in 2013) is in preparation which should equally benefit the country’s SMEs.

The Association of Techno Parks in Tunisia, Tunisia Technoparks, can be seen assimilated to a cluster association in Tunisia. It was created in 2013 and encourages and supports the development of competitive clusters in Tunisia, created by the director of clusters themselves to mutualise efforts and stimulate innovation. The first international cooperation arrangements have been made (see details below). The association brings together 9 technopoles.

Over a decade ago, Tunisia started encouraging cluster formation. In 2008, the Strategy Study Plan for the Horizon 2016 switched to the cluster model as a key driver for growth, with a first focus on textile and clothing in Monastir, the agro food sector in Bizerte and information and communications technology in Sfax, under the auspices of the Tunisia Ministry of Industry. A policy related to competitiveness hubs (Pôles de Compétitivité) and to technology parks was put in place to focus on innovation for enhanced competitiveness. In the framework of the pilot programme aforementioned meetings took place in 2009 in five European countries.Read more...

More recently, the Ministry of Industry developed a new policy to support cluster development in collaboration with other Ministries and with support from the EU-funded programme Projet d'Appui au Système de Recherche et de l'Innovation (PASRI), which foresees the inception of 10 to 15 clusters, both in technological and more traditional sectors and covering disadvantaged regions.

To deepen cluster cooperation between European and Tunisian partners, a Memorandum of Understanding was signed between the previous ECCP team and the Tunisian Agency for the Promotion of Industry and Innovation (API) in presence of the Vice-President of the European Commission, Antonio Taja, responsible for Enterprise and Industry on 8 March 2012.

The ICT and textile sectors are promising fields for cluster cooperation and business opportunities between Europe and Tunisia. A MoU was also signed between TEXTILE 2020 and the Pôle de Compétitive Monastir - El Fejja (mfc pole) in Tunisia, to establish formal and sustainable cooperation in the area of Advanced Textile Materials.

An agreement entered into force between the Tunisia Technoparks association and France Clusters in 2013. The development of the links of cooperation and partnership on an international scale with bodies that share similar objectives was one of the major aims of "Tunisia Technoparks". This agreement aims mainly at supporting the efforts of innovation and internationalisation of the members of both structures, in particular in the Euro-Mediterranean space and the facilitation of the access to opportunities of business and financing. It establishes a framework for implementing more elaborate cooperation between the poles and Tunisian and French clusters in the domains of governance, the training, research and innovation.

A number of Tunisian clusters have already initiated cooperation with EU partners, notably through EU funded projects. Also, one of the former ESCPs, the European Strategic Cluster Partnership for Advanced Textile Materials (Textile2020 ESCP) was actively targeting the Tunisia market.

Regarding the newly launched ESCP-4is, there is a potential fit between the strategic interests of ESCP-4i and Tunisian identified clusters as part of “North Africa” that is mentioned as a main target zone for activities of only one ESCP-4i. However, Tunisia on its own is not currently indicated as a country target by the ESCP-4i community.

A matchmaking event took place in Tunisia in November 2012, organised during the Business and Technologies Convention by the Agency for the Promotion of Industry and Innovation (API). A number of EU organisations/institutions are present in the country that can support the development of cluster/SME relations. Above all is of course the EU Delegation to Tunisia, located in Tunis. Several EEN contact points can be found in Tunisia.

Researchers and innovators from Tunisia is now able to participate in Horizon 2020, under the same conditions as their counterparts from EU Member States and another 13 associated countries. The agreement associating Tunisia to Horizon 2020 was signed by Carlos Moedas, European Commissioner for Research, Science and Innovation, and Chiheb Bouden, Tunisian Minister for High Education and Scientific Research. Read less. 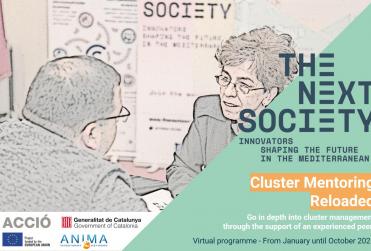 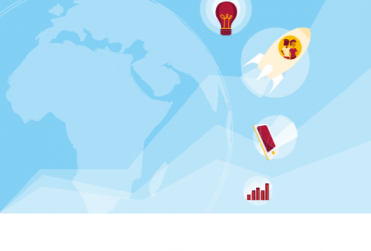 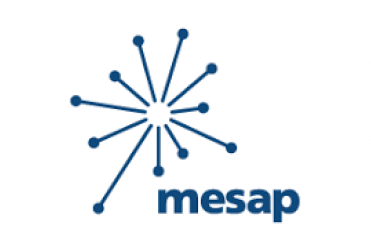 Webinar: Learning more on the AEWEN initiative and how to succeed in Africa

AEWEN at the World Water Forum in Dakar