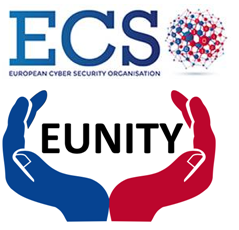 The European Cyber Security Organisation ECSO organises a Workshop on 24 January 2019 with Japanese representatives from the Ministries and industry to foster dialogue on cybersecurity.

Last July 2018, the European Union and Japan signed an Economic Partnership Agreement (EUJEPA). It is the largest bilateral trade deal ever concluded by the EU in terms of market size, covering close to 30% of global GDP. It includes commitments not only on trade in goods but also services and the promotion of bilateral investment. The trade agreement will create an open trade zone covering over 600 million people. Concerning data protection, the EU and Japan concluded the negotiations on reciprocal adequacy on 16 July, which will complement the Economic Partnership Agreement. They agreed to recognise each other's data protection systems as 'equivalent', which will allow data to flow safely between the EU and Japan, creating the world's largest area of safe data flows. Overall, EUJEPA is expected to increase the EU’s GDP by 0.14% and total exports to Japan by EUR 13 billion by 2035 (source: European Commission, here; Bruegel, here;)

The aim of the workshop is to facilitate the exchange of good practices on cyber policy and investigate business opportunities in the context of the EU-JAPAN Trade agreement. The discussion will help identify where objectives or approaches of the European Union and Japan are close and where diverging if any. We hope to identify where cooperation could be strengthened beyond political aspects of cybersecurity, such as on aspects related to standards, certification, R&I, pilots for verticals.

The workshop is organised together with CSA EUNITY,  which is the H2020 project to encourage dialogue between Europe and Japan on cybersecurity and privacy research and innovation trends.

Japanese representatives will include:

From the EU side, representatives from the European Commission DG CNECT, DG TRADE, EEAS, and of course leaders from the cybersecurity industry in Europe (especially ECSO Members) will be present.