A European company in the dental instruments sector was selling its product in China through a Chinese distributor when it discovered a competitor in China was offering a similar product with lower specification using an identical design. The technical manual, diagrams and parts of the competitor’s brochure appeared in part to be directly copied from the original. Overall, the competitor’s product gave the appearance of being similar in function to that of the European company, although its performance level and price were much lower.

The European company’s representatives had previously approached the company at a trade fair to complain about the infringement but had not received a positive response.

The company then sought legal advice. It did not have a design patent to protect the overall shape of its product and there were not any patents covering the product. Trying to claim infringement of the product’s shape and decoration by relying on other legal grounds was possible, but the chances of success were poor. The only clear legal grounds were copyright infringement of the contents of the technical manual.

Instead, the company decided to send a warning letter through its local lawyers that alleged infringement of the product shape (even though the legal grounds were not strong) and copyright in the manual. The letter implied that the company would take the matter to court. The law firm and representatives of the European company followed up the letter and met with the infringer to stop the infringement.

The European company argued that a lawsuit would be wasteful for both parties, even if the company was unsuccessful, and that the Chinese competitor’s imitation of a European product would harm its own image in the long run. As a result, the infringing company decided to change a number of the product’s features and produced new manuals and brochures, greatly reducing the similarities to the European product. Although the European company did not have very strong rights in this case, the use of a warning letter followed by negotiation achieved a satisfactory result.

Lessons to take away:

The China IPR SME Helpdesk supports small and medium sized enterprises (SMEs) from European Union (EU) member states to protect and enforce their Intellectual Property Rights (IPR) in or relating to China, Hong Kong, Macao and Taiwan, through the provision of free information and services. The Helpdesk provides jargon-free, first-line, confidential advice on intellectual property and related issues, along with training events, materials and online resources. Individual SMEs and SME intermediaries can submit their IPR queries via email (question [at] china-iprhelpdesk.eu ()) and gain access to a panel of experts, in order to receive free and confidential first-line advice within 3 working days. 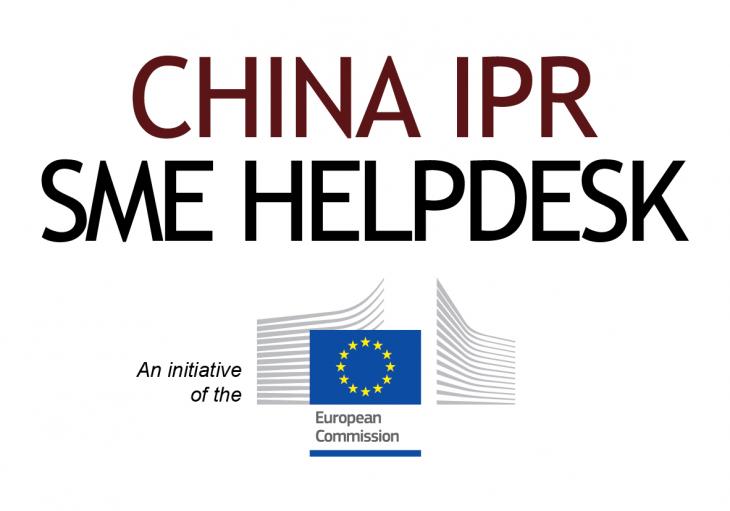