Submitted by Imogen Allan on 14 September 2021

A new study has found that the EU Open Source Strategy is creating a positive impact on the European economy.

It estimates that EU companies invested roughly €1 billion in Open Source Software (OSS) in 2018. This has led to a positive impact on the economy of between €65 and €95 billion.

The study also forecasts an increase of 10% in contributions to OSS code would annually generate an additional 0.4% to 0.6% GDP and over 600 additional IT start-ups in Europe.

Published on 6 September 2021, the study explores the economic impact of Open Source software and hardware in order to understand its current role, position and potential.

While the strategy is making a great economic impact, the study identified some gaps. For example, the scale of Europe’s institutional capacity related to OSS is not proportionate to the scale of the value created by OSS.

Not familiar with the EU Open Source Strategy? It was first published in October 2020 and aims to support achieving the goals outlined in the overarching Digital Strategy of the Commission and Digital Europe programme.

Its key objectives are focused around contributing to Europe’s digital transition, encouraging the sharing and reuse of software and applications, and building a high-quality public service.

Discover more about the economic impact of the EU Open Source Strategy by downloading the study. 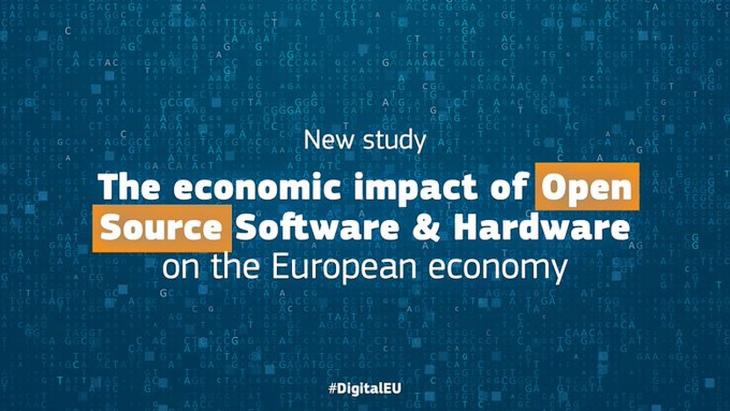