Submitted by Josep Casamada on 22 November 2021 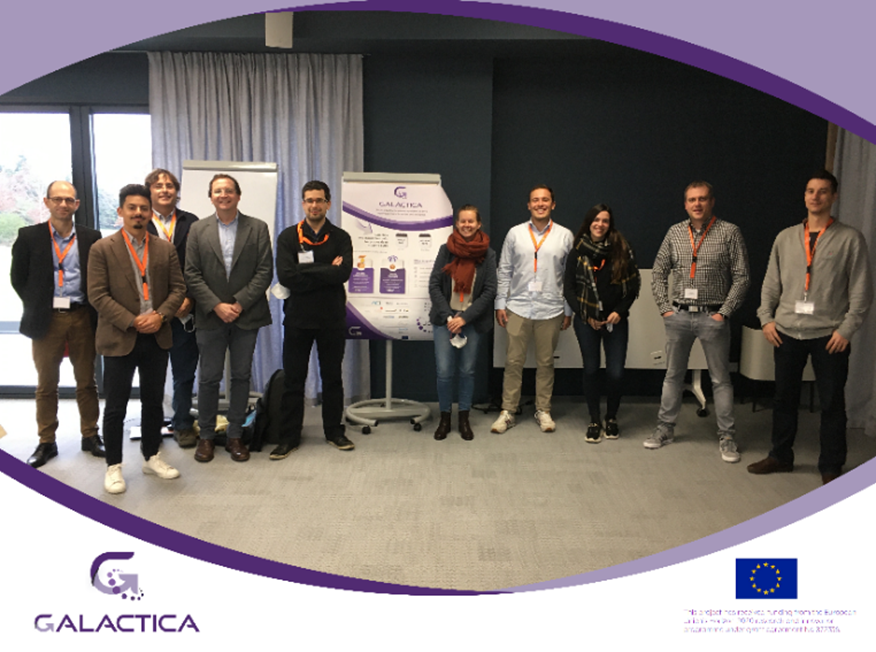 An expedition of European SMEs, including two members of the Catalan cluster of advanced textile materials, AEI Tèxtils, visited Nantes on November 15th and 16th to learn about the western France ecosystem on advanced manufacturing and Industry 4.0 within the framework of the European project  GALACTICA, aimed at promoting innovation across the aerospace, textile and advanced manufacturing sectors.

The participating SMEs have visited key companies and technology centers which focus on innovation around composites and materials such as Daher, IRT Jules Verne (Advanced Manufacturing Technology center), Airbus Nantes Technocenter and CETIM (Technical Center for Mechanical Industry). In addition, they met advanced technology companies dedicated to Industry 4.0 and attended to a cross-sectoral fertilization workshop.

CINPASA and TEXFIRE are the cluster members that have participated in the expedition, which they value very positively, since it has allowed them to learn on new technology with potential applications in the textile sector.

The GALACTICA project aims to support the creation of new industrial value chains around the textile, aeronautical and aerospace sectors based on advanced manufacturing.

The project fosters the creation of unidentified or unexplored market opportunities for existing organizations and start-ups in developing latent and emerging value chains. It overcomes information and market deficiencies by bringing together companies from various industrial sectors, research and development centers and clusters, through a set of tools, instruments and initiatives that will create the basis for the establishment of new value chains in the textile and aerospace industries.

GALACTICA has a total budget of 5 million euros, 4 of which are used directly to help SMEs to innovate through various mechanisms, including financial support of 3 million euros through two open calls for innovation projects, hackathons, and travel exchange.

The first call for project proposals was launched in March 2021 and the second will be launched in January 2022.