Submitted by Ander González on 14 December 2017

Representatives of nine companies participate in a mission to Colombia (November 27 to December 1) organized within REINA PLUS project framework, to learn first-hand about the opportunities offered by the Latin American country in the energy sector and more specifically the electrical equipment sector, as well as to maintain contacts with Colombian companies and entities during the FISE fair in Medellin, one of the most important fairs in the sector in Latin America.

The mission has been divided into two parts. A first two-day stay in Bogotá to learn first-hand about the country's plans in the energy sector, with special emphasis on the renewable energy sector and electrical networks, and a second part in Medellin, where the FISE fair, a fair aimed at the electricity sector, its goods and related services that offered a favorable scenario to establish contacts with Colombian companies and the rest of Latin America. The mission was conformed by the companies Arteche, Dominion, Euskabea, Ingeteam, MESA, Ormazabal, Tecnalia, Uriarte Safybox, and Zigor.

The mission has been co-organized between REINA PLUS ESCP and the Energy Clusters of Bogotá and Medellín, which are managed by the Chambers of Commerce of both regions. In this way, the Bogotá agenda had a more institutional first part in which Basque companies learned first-hand about the new regulations of the Colombian government and the new perspectives of the country in energy matters. After that, B2B meetings were held with 8 companies in the Colombian electricity sector and two visits were made to some of the largest electricity companies in the region: the Equitel Group and Codensa (Enel).

The second part of the week, the mission moved to Medellin to attend the FISE tradeshow and maintain contacts and business meetings with the electricity companies of the region and visit the stands of the most important Latin American companies in the sector. 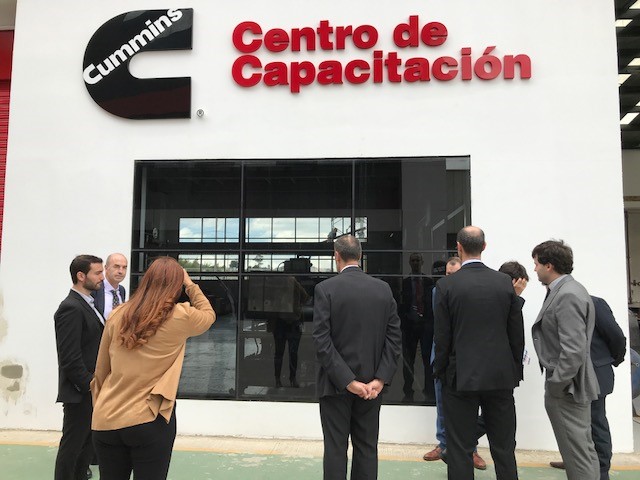