CLAMTEX reaches an end, but the partnership will continue supporting textile digitalization 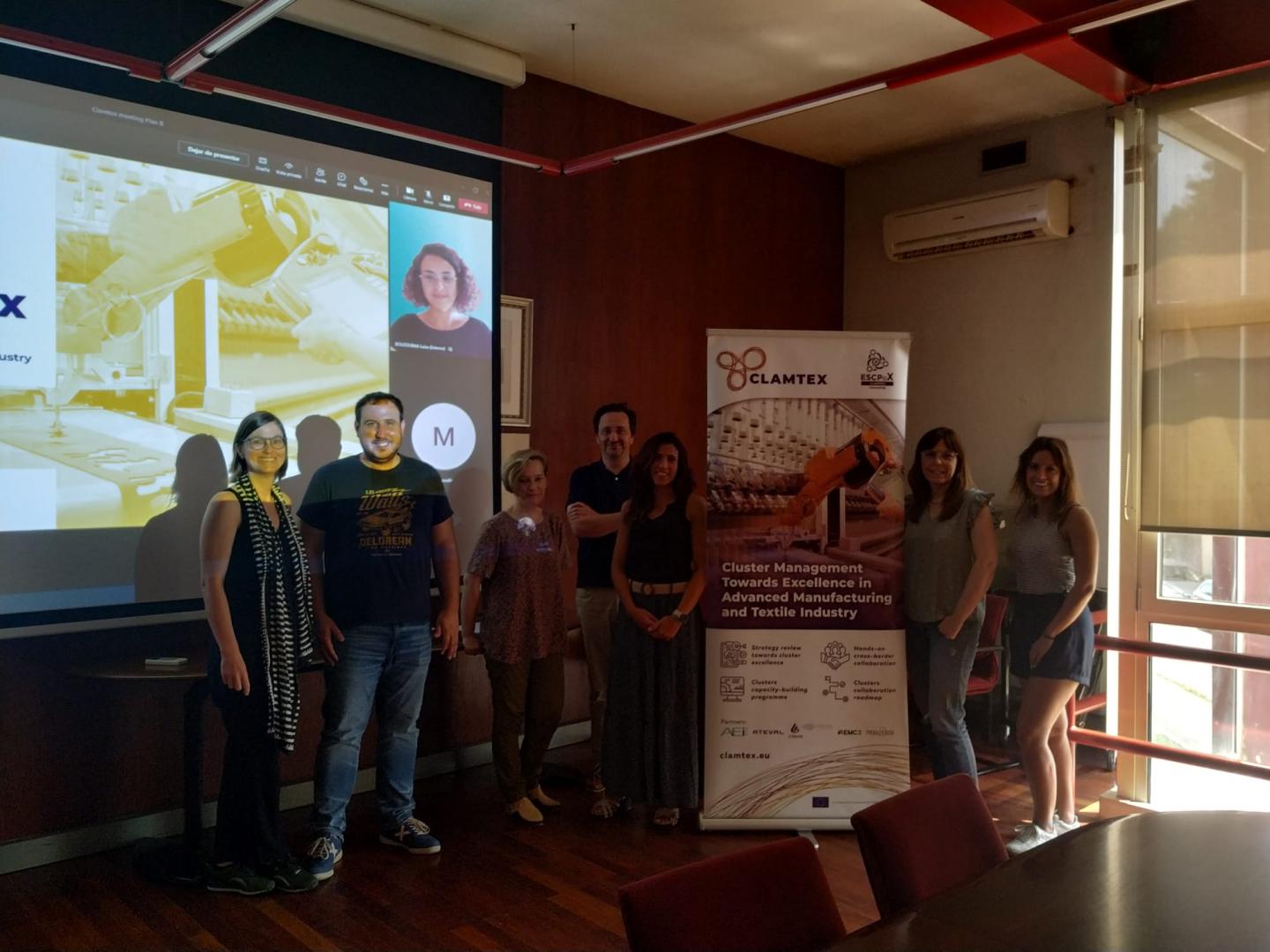 AEI Tèxtils participated last week in the last CLAMTEX  meeting and its final event in Porto to review the progress of the cluster collaboration that was initiated with the project.

CLAMTEX - Cluster management towards excellence in Advanced Manufacturing and Textile Industry is an European Cluster Strategic Partnerships for Excellence project, which is coordinated by AEI Tèxtils.

Over the past 30 months, AEI Tèxtils has strongly collaborated with the Portuguese Textile Cluster/CITEVE, the Valencian textile cluster (ATEVAL) and the advanced manufacturing clusters: PRODUTECH from Portugal and EMC2 from France.

CLAMTEX has enabled to review the strategies at each individual cluster level, to develop skills of cluster staff with more than 80h in training, to develop pilot services in benefit of their members and to fund short mobilities to participate in networking and training actions.

Some examples of successful activities for the benefit of cluster members include:

·         The CLAMTEX virtual marketplace bringing needs from the textile industry and solutions from advanced manufacturing within a series of webinars. With over 180 participants in the different sessions, several collaborations were seeded and have flourished thanks to the cluster follow-up support, including cross-border and cross-sectoral collaborations among members from AEI Tèxtils and PRODUTECH, EMC2 and the Portuguese textile cluster.

·         A learning visit to Portugal organized by AEI Tèxtils and Portuguese textile cluster to identify different best practices in digitalization for textile manufacturing.

In total, more than 20 members from the 5 participating clusters have benefited from CLAMTEX activities and support mechanisms, particularly through the financial support from ClusterXchange pilot aiming at fostering connections and networking at EU level.

The project results were presented during the CLAMTEX final event, also held last week online. It gathered more than 45 participants from across Europe. The virtual conference was opened by Josep Casamada, coordinator of CLAMTEX and lead project manager at AEI Tèxtils, followed by the invited keynote speakers from the European Commission and ACCIÓ to present why clusters matter and how to thrive excellence in their management. Next, the CLAMTEX team presented the main outcomes and learnings. Lastly, the session was concluded with an inspirational talk from Digital Capability Center in Aachen on learning factories and the tremendous success of the CLAMTEX training last April.

While the project reaches its end, the partners envision a long-term collaboration to continue supporting its members. To facilitate this, all partners signed a Memorandum of Understanding to deploy the CLAMTEX joint long-term strategy including the further development and continuation of pilot services to facilitate partner access though a common database of members, foster learning expeditions as means for building bridges cross-sectoral and as drivers for innovation.

CLAMTEX has been one of the major strategic projects from AEI Tèxtils to strengthen its positioning in Europe as frontrunner cluster and to develop bridges and collaboration to promote the textile digitalization.