CEAGA completed the first educational pilot of the FIT4Fof project 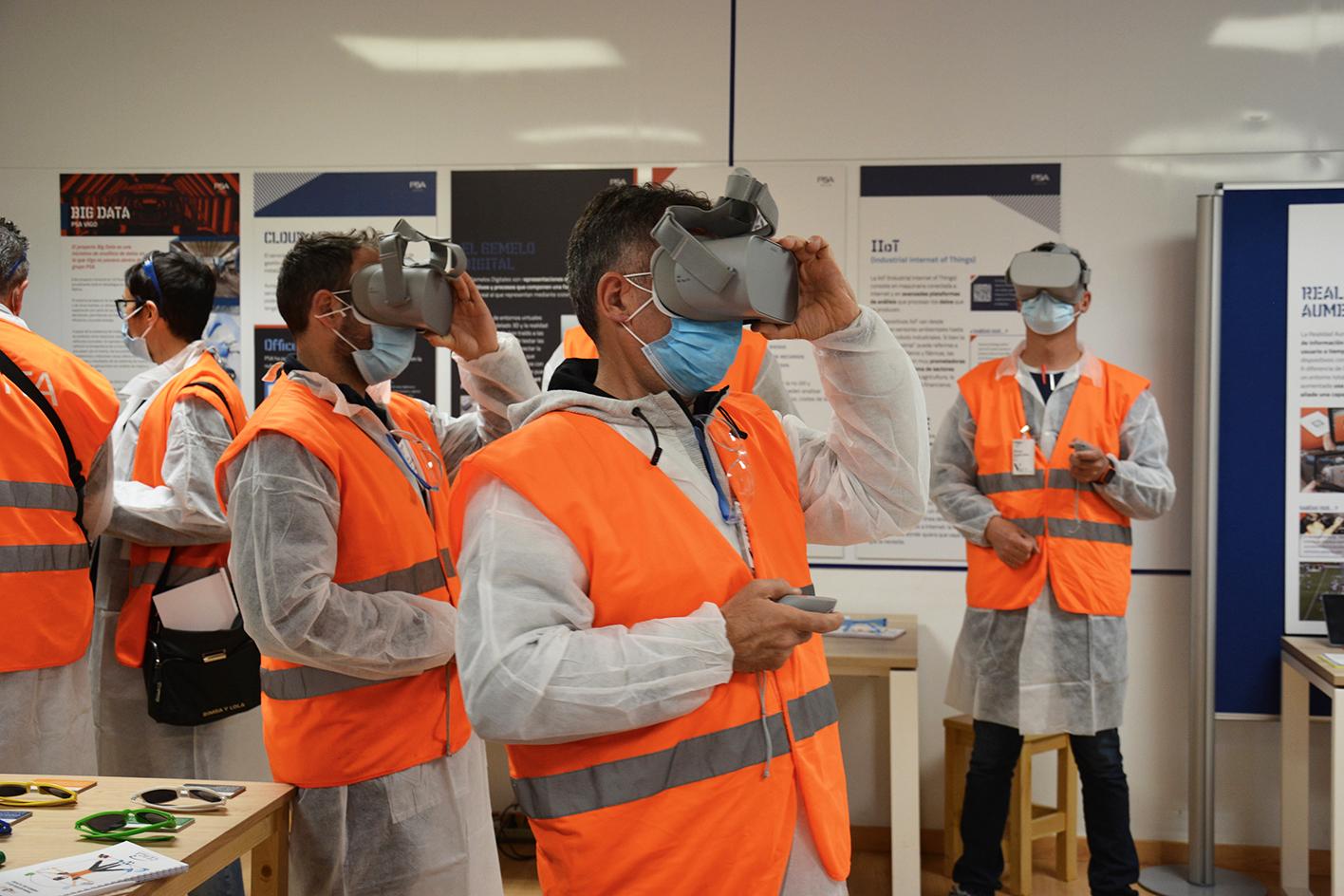 As part of the Automotive Advance Manufacturing educational pilot, led by CEAGA, the training "[email protected] del Futuro" (Worker of the Future) took place in April with the participation of 16 professionals from 8 companies in the Galician Automotive Sector. This educational pilot is the result of the preparation and Co-Design sessions organised with the support of University College of Northern Denmark (UCN).

The training took place between 5 and 16 April and was divided into two groups of eight trainees each, with a duration of 16 hours per group. The participants were mainly from production and logistics areas and mostly Team Leaders.

The pilot was divided into three modules: the first, offered at the Stellantis Training Centre in Vigo, consisted of an introduction to Industry 4.0 that included a factory visit to see the application of the concepts seen during the class. The second and more extensive module was a demonstration workshop on 4.0 technologies at the Vocational Studies Center in Coia (Vigo) where they learned about new technologies used in factories as RFID and mainly about cobots and robots thanks to the models they had on display in the classroom. Finally, the third module dealt with the skills of the worker in the factory of the future, in which, through practical exercises and the students' own experience, they learned what skills they needed to train to improve as workers.

In this last session, held at CEAGA's headquarters, the trainees were asked to comment on their experience during the training, what they liked, what they would change and their opinion on each of the modules. In this way, the pilot obtained the opinion and experience of the two participating groups and, thanks to this, CEAGA is working on offering this improved training with the feedback of this first pilot to other companies in the sector.

In addition, students will receive access to an online platform where they will have a repository of support material so that they can study the topics covered during the training in greater depth, as well as a diploma certifying their participation in the course.

You can see a visual summary of CEAGA's educational pilot in the following video:
https://www.youtube.com/watch?v=4OUEapPib3o&feature=emb_imp_woyt